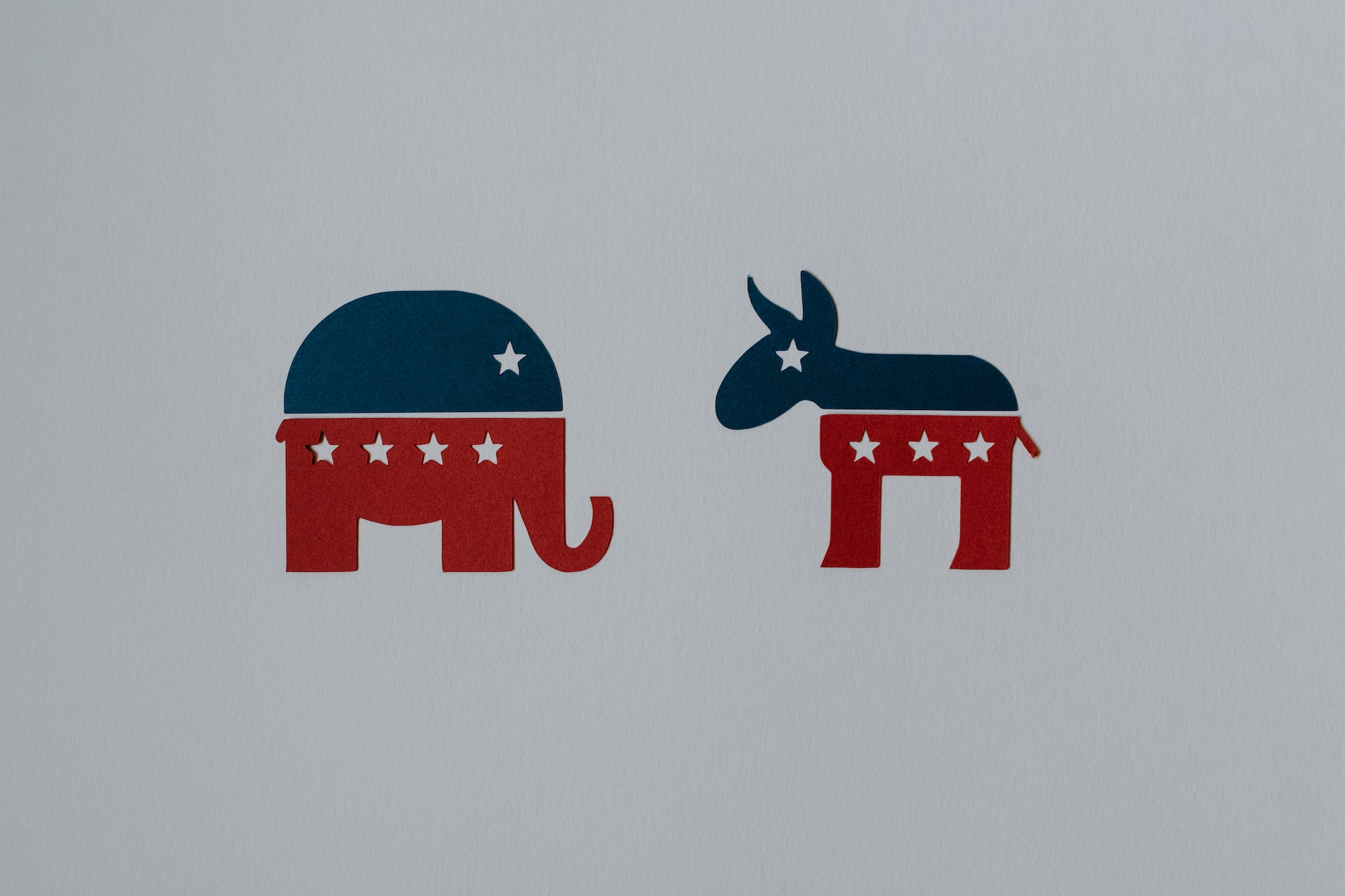 The Democratic Party is experiencing significant turmoil and it is unclear whether they can recover from this dilemma. Approaching the 2022 midterm elections, a series of missteps plague the executive branch and it appears uncertain whether majorities in the House and Senate will remain.

This would bring a shocking halt to any hopes of future Biden era legislation through congressional action. The duo of Joe Biden and Kamala Harris are rapidly declining in favorability with a majority of Americans in disapproval of the president. Similarly, although Biden has reaffirmed his commitment to run again for president, divisions within the White House question the president’s stamina and suitable replacements. At the same time, the American people have also voiced their discontent; a belief in truthfulness and competence are also declining among registered voters.

However, Democrats are on the verge of major legislative change. Biden’s signature Build Back Better agenda, focused on renewed infrastructure and social programs, remains popular with the American people. Over several months, Democrats have discussed with the media the ins and outs of passing the bill, detailing the obstruction from Republican minorities in the House and the Senate. It was Republican  Kevin McCarthy after all who delivered  an 8-hour speech filibustering the bill’s passage in the house, detailing how Americans don’t want this bill and suggesting the era of government spending amid the coronavirus pandemic is over.

But that doesn’t appear to be the case entirely. Provisions like $1,400 of direct payment and additional intervention in the economy actually boosted Biden’s poll numbers, not dropped them. Furthermore, polling on the individual components such as free pre-K and lower prescription drug prices has shown majority support among the Democratic base and even among the broader public. An analysis of local election results can provide an important reference for broader national support during this time. Initially, the Democratic Party’s moderate approach of social liberalism and economic centrism seemed successful in reclaiming the presidency and defeating a recall of California’s governor.

At the same time, the Republican Party appears fractured: the implosion of the Trump presidency in chaotic fashion of the January 6th riots and the splintering of the party into pro and anti-Trump factions seriously weakens their ability to form a winning coalition. The suburbs have effectively shifted to a Democratic stronghold where the middle and upper-middle class appear to break more in favor of moderate Democrats. However, the Republican Party appears to have found a winning political strategy in reclaiming this suburban vote in the election of Glenn Youngkin as governor of Virginia last November.

In the gubernatorial election, Youngkin positioned himself as a moderate among the Republican Party, successfully navigating the demands of the farthest aspects of the base and reclaiming the suburban vote by distancing himself from the former president. This effective maneuver allowed Youngkin to successfully hold on to a base that identified solidly with the former president while also expanding the electorate through remaining palatable to traditional middle-class voters.

Through an eclectic mix of issues such as preventing the spread of critical race theory in schools and rejecting vaccine mandates, Youngkin galvanized traditional swing voters and turned a D+10 state in the presidential election and a Democratic stronghold into a true swing state. On economics, Youngkin also appeared to position himself as a moderate, focused on cutting taxes on individuals and small businesses. In this way, Youngkin positioned himself as a rejection of the inaction of Virginia's Democratic legislature. In comparison, the previous governor Terry McAuliffe, could not successfully respond.

In contrast, McAuliffe decided to win suburbanites back to remain solidly in the center of economic issues. Following Biden’s successful message of a “return to normal,” Terry McAuliffe crafted economic messages to not stick out on many issues and effectively focus the campaign on Youngkin. In campaign ads and rallies, McAuliffe tied Youngkin’s proposal to Donald Trump’s, going so far as to coin him “Glenn Trumpkin.'' For instance, he criticized Youngkin for accepting Trump’s endorsement and standing against Virginian’s interests on the coronavirus.

On cultural issues such as critical race theory, the former governor spent time refuting Youngkin’s analysis of the problem and became entangled in controversy. In the suburbs, where support for Democrats has grown, the idea of Glenn Youngkin as a traditional businessman allowed the Republican party to bounce back after previous electoral defeats and find a path to effectively counter Democrat’s anti-Trump strategy. Nationally, Democrats have faltered for many of the same reasons.

In Washington, traditional wisdom would dictate that a pivot to the center can help win many independent voters. In many cases, such as the election of President Biden himself, that appeared true. A candidacy focused on stability in leadership helped to successfully propel Biden back into the White House. However, since the last round of stimulus payments in March, congressional inaction has plagued the passage of new legislation. Moreover, Democratic infighting has delayed the passage of new infrastructure bills and led to a lack of cohesive party messaging. This was apparent in the Virginia election as Democrats’ abandonment of economic issues came to the forefront. And this is ever more apparent in the discussion of the president’s current approval and Democrats’ premier economic priority: the Build Back Better Agenda.

A series of key compromises without resistance from the president and the failure of the media propelled the Build Back Better agenda into obscurity. In the House and Senate, center-right Democrats such as Joe Manchin and Kyrsten Sinema have effectively extracted concessions from popular provisions such as free community college and child care. Meanwhile, while the Senate has not voted on the bill, the president has already offered minimal pushback against other Democrats and is conceding many of the initially popular provisions of the bill. Furthermore, media coverage and Democratic politicians have failed to highlight the substance of the bill, predominantly focusing on strategy and spectacle.

This has led to a unique situation where the majority of the public is following the news of this legislation, but 70 percent of Americans know little to nothing of what is in the proposal. As the bill currently waits for a vote from the Senate, compromises and insufficient demands from House progressives and the president himself threaten to tank Biden’s larger spending proposal from disagreement within the Democratic Party. As a result, inaction has left votes alienated from Washington legislation and wanting more.  At a time where Biden and the Democrats' favorability should be rising, it is falling.

At this point, the Democratic Party remains at a crossroads. In trying to appease all of their constituents, they have abandoned their party platform in an attempt to pass some legislation. Tied to running as a rejection of Trump, the Democrats appear to repeat the previous playbook and hope for a different result. At the same time, a dynamic Republican Party appears to have found a strategy in Glenn Youngkin that could rebound them into reclaiming lost ground. Only time will tell if Democrats can offer a different response.

Rahul is a high-school student based in San Francisco, CA. He is interested in studying political science and economics.

The Boy Who Fell: How The Tragic Death of a Child Refugee Underscores a National Crisis